Are Shippers Taking Advantage of the Electronic Logging Mandate?

Are Shippers Taking Advantage of the Electronic Logging Mandate?

It is no secret that some unscrupulous shippers and consignees have taken advantage of the transportation industry by charging exorbitant fees, fines and charges when a driver misses a delivery appointment. Of 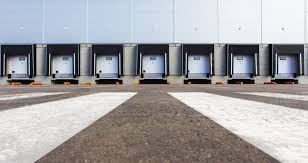 course, this only flows one way. If a driver has an appointment at 1pm and the shipper does not get them loaded until 4pm then this is just something the driver has to accept.

But, the question is, have shippers and consignees started charging higher fees when a driver is not able to legally make their delivery or pickup appointment due to government regulated safety regulations?

They customer would probably argue that if the drive could not make the assigned appointment then they should not have taken the load. In other words, ‘the driver knew the risk’. But is that true?

Yes, when a load is taken by dispatch and accepted by the driver the driver and dispatch should know the remaining hours the driver has to drive and how much on duty time they have left. It is also easy to say that a driver should be able to drive a certain number of miles each day based on an average mile per hour.

However, this is where things start to fall apart in our ‘perfect’ world.

First of all, the shipper themselves may take substantially longer to load the truck than expected. This is 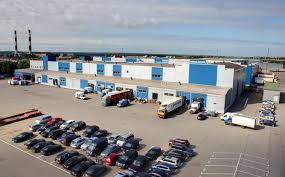 something beyond the drivers control and yet, the customer will certainly NOT take that into account if it causes the driver to miss their delivery appointment.

Weather is another factor that can really make scheduling difficult. This is more a problem in the winter but still. All we can do is guess and try to predict.

What if the driver feels tired or sick? Everyone knows that if a driver does not feel it is safe for them to driver they should stop. Yet, the shippers and consignees are fining the drivers for being late because they wanted to be safe.

What effect has the electronic logging mandate had on all of this? Well, the driver has less of an ability to ‘plan’ there day. Keep in mind we are talking about simple things like if they are at a shipper and waiting to load for 4 hours of essentially ‘off duty’ time that they cannot ‘stop’ their 14 hour day. Even though they may be a sleep in their truck it still counts against them.

There is no way to make up this time. It is lost time and the shipper and consignee will charge them for late 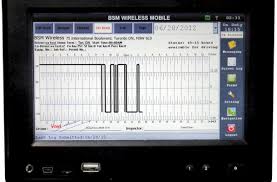 deliveries if they cannot make up this lost time. There is no understanding on the part of the customers, only fines.

Do the fines being charged for missed deliveries make for a more dangerous highway situation? Let’s look at this not from a professional driver stand point but from a human nature stand point.

If you knew you are going to be fined if you do not get somewhere by a certain time, even though you have followed all the rules and done everything legal from a government regulation standpoint what will that do to your driving and stress level?

Will you drive when you are tired because the customers will fine you?

Will you drive when you are sick because the customers will fine you?

Will you drive more aggressively because you are trying to make up time?

Will knowing that there is no way to stop your 14 hour rule once you get behind even if you have rested make you hurry more and take more chances to avoid being fined by the customer?

Most of us would answer yes to these questions, so is it any wonder that even professional truck drivers are upset by these fines being imposed by a number of shippers and consignees for missing appointments when the driver could not legally make the appointment? 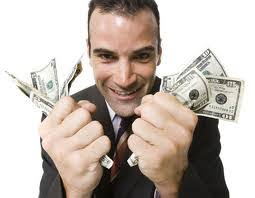 government regulations or be fined? Well, first of all we thing the Department of Transportation (DOT) should set up a reporting process where the transportation industry can report these types of issues. Second, as much as we HATE to say it, the lawyers should go after these shippers an consignees when there is an accident.

We hate to come off as supporting the lawyers but it is ridiculous for shippers and receivers to fine drivers for obeying the electronic logging device mandate and fine drivers for operating their vehicles in a safe manner.

The other issue is the DOT needs to take a real hard look at the 14 hour rule. Many of the problems being faced by professional truck drivers and the transportation industry as a whole can be reduced if either the 14 hour rule was removed or at the very least if it was adjusted so the driver could split it over a 24 hour period. There is no safety reason why a driver cannot stop their 14 hour clock if they are able to take a nap or rest while waiting 3 to 6 hours to load and/or unload.

This would also give a driver that was tired or sick the motivation to take a few hours off during the course of the day without penalizing them for doing so.

Guys, let’s go after these shippers and consignees that are levying these steep fines for missed deliveries.

Let’s also work to get log rules in place that work for a professional truck driver, not a Washington Bureaucrat.

Are you a top quality, safe owner operator looking for a new home? CLICK HERE to see what company we recommend.