Beginning in January, all employers trying to hire new truck drivers were to be required to do background checks in the Drug & Alcohol Clearinghouse; the problem is in typical

Now, after a week of frustration and delays in being able to hire new drivers the FMCSA has finally acknowledged there is a problem. Trucking companies losing revenue, drivers not being able to be hired and losing wages, just another typical debacle with a government run website. Another example of not being prepared for the increased regulatory requirements they created themselves.

Fortunately, the FMCSA is recognizing they have screwed up and are letting companies use the previous methods for signing on a new driver. They didn’t have to do that, so I guess we should be grateful for small favors.

The mandate to use the clearing house is still in place, this is just a temporary relief until the site is up and running effectively – whatever that means. The FMCSA says that once the site is back up carriers must use it. I can’t help but wonder what ‘back up’ means?

Does it mean working 100% or 70% or something else? Does it mean if it works for two days we must use it, at least until it crashes again? With typical government efficiency I expect it will be up to the carriers to determine if they should be using the site or not? Then, after the fact if the FMCSA doesn’t like the carrier’s decision, they will take action.

I also wonder if an accident occurs involving a newly hired driver that didn’t go through the clearing house if lawyers specializing in suing trucking companies will attempt to say the carrier did not follow the law?

Nothing surprises me anymore. 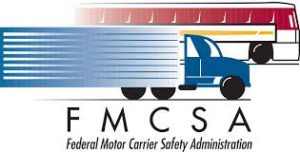