Will there be a change to the Hours of Service Rules?

Will there be a change to the Hours of Service Rules?

Unfortunately, he did not elaborate on what the changes would be to the HOS rules. So there is no way to know for sure if they will assist drivers with the 14 rule, perhaps let the drivers split it in some way or maybe even do away with it completely.

Mr. Martinez did suggest that there would be greater flexibility for splitting on and off duty time into segments so perhaps there is hope for a 14 hour rule change? 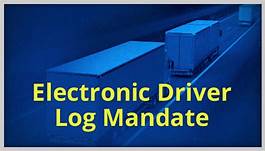 be sent to the Office of Management and Budget so there are still a number of steps that must be taken, probably before we even know what the FMCSA has planned.

There have been a number of rumored changes being kicked around by the FMCSA over the past few months.

Two pieces of legislation in house bills HR5417 and HR6178 included provisions for agricultural exemptions, short haul alignment, a reduction in supporting documents not needed with ELD’s, and potential changes to the split sleep rule.

HR5417 also contained wording that would allow the driver to rest for up to 3 hours which would also pause the 14 hour clock and potentially eliminate the 30 minute break requirement.

There is said to be bipartisan support for both of these bills, so we will see what happens moving forward.

We have always argued that the 14 hour rule did not make sense and essentially forced drivers to stay on duty with limited rest because they could not stop their clock once it started. This just does not make sense in the transportation industry since many times a driver could have hours where they are not required to perform any job related duties and are essentially free to take a nap or rest.

It also prevents drivers who might be tired from pulling over and taking a short break because their ‘clock’ is running.

The simple truth is truck driving is not like a 9 to 5 job and perhaps our legislators simply do not understand that.

Different people can drive for different periods of time without needed a break. It seems like a mistake to ‘force’ drivers to drive just because the clock is ticking.

In addition unlike a 9 to 5 job, many times drivers are off duty while their 14 hour clock is still running. Perhaps they are waiting at a truck stop for a load or perhaps they dropped their trailer and are waiting to go back and pick it up at a later time. It could even be as simple as the driver had to move to a different truck stop and then had no job related duties to perform but just because they changed location they are on duty.

Just never seemed like the 14 hour rule accomplished what it was intended to. We understand the theory behind it, but it just doesn’t work.