There was an article that came out on www.cdllife.com back in December talking about a potential shut down by truck drivers in 2019.

The primary reason noted for the shutdown was ELD’s, hours of service (HOS) reforms and other trucking 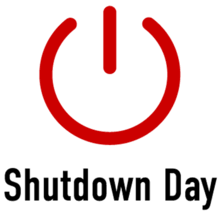 CDL Life stated that a group called “Black Smoke Matters” is organizing the shutdown, the group has over 4000 members. The shutdown is supposed to take place on April 12th, maybe April 1st would have been a better date based on how previous attempts at shutdowns by the trucking industry have gone.

Apparently this is just a one day shutdown which if even a fraction of the industry participated in would get some attention. But, that is a big IF!

So what are the issues?

Let’s take these one at a time.

HOS reform is much needed. Especially in regard to the 14 hour rule in our opinion. We have always felt

forcing drivers to work for 14 hours without the ability to stop the clock has always been an issue to us. We know the argument that ‘truckers are not forced to work during that time period’ but that is not the reality. Once your clock starts there is no way to split it even if you are asleep in your truck while waiting for a load or at a customer site.

Updated truck driver training and safety standards, that is a big and wide ranging subject. Guess we would like to see that narrowed down into specifics.

Are we saying ELD’s are more expensive than paper logs? That is not true. In fact, a company will actually save money with less paper logs and auditing is much easier and cheaper with ELD’s as compared to paper logs.

Are we saying we want a lot more smaller trucking companies that have the ability to use the easier to manipulate paper logs? I don’t think we want that.

There is no reason to have an exception to the ELD rule because of the number of trucks in your fleet. If there is, we want to know because we can’t think of it.

Standardization of inspections and FMCSA regulation enforcement would be nice but I am not sure what action needs to be taken to achieve this that doesn’t increase the overall regulation burden we are already under? Perhaps a centralized review center? Wonder how much that will cost?

Truckers are already involved with the creation of FMCSA regulations. Both the ATA and OOIDA have huge lobbying budgets. The problem is they don’t always agree and end up fighting each other.

Bottom line is it is unlikely there will be enough support throughout the industry to even have an effective shutdown so this is mostly just a publicity stunt in the end.

Perhaps it is a good idea, but will there be any support? The large company driver fleets are pretty happy with ELD’s if you believe the ATA.

Guess we will see on April 12th.