That is probably a ridiculous question considering higher insurance rates have been the norm in the trucking industry for years.

But, are they going to continue to go up at an exponential rate? 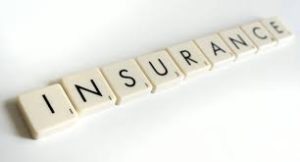 Recently many of the top commercial auto liability insurance companies had a conference where they discussed the state of the insurance industry, and it was not good news.

What is happening within the insurance industry that is causing the concern?

There were a couple of points they stressed as major concerns.

It isn’t really a surprise that if you have more attorney’s needing work they would be working harder to get people to file lawsuits. Yes, some of these are justified but many are not, or at least not to the level of the suit.

This is also why there is an increase in jury trials and jury awards. The public is being conditioned to see the transportation as not only the enemy but also a cash cow. How many attorney’s see an accident with a commercial vehicle as getting the winning lottery ticket?

There has also been a higher incident of bodily injury severity. It is difficult to determine why this is, since cars and trucks should be getting safer if you believe the government regulations supposedly promoting safety.

Perhaps the issue is an increase in road maintenance and an overall increase in the number of commercial and private vehicles on the road? Or, perhaps the new government regulations concerning commercial truck drivers are actually making the roads less safe?

Even with the steady increase in insurance rates each year there is also the very real issue that it appears the increases have not increased at the same rate the payouts have been going up. The insurance industry may have not allocated enough reserves and increased rates enough to cover the increased payouts. This goes back to a change in the expected payouts based on previous history. Again, the landscape has changed as we discussed above.

High payouts are here to stay unless the government steps in to limit them the way they did for the airline industry years ago.

Having attorney’s paid based on a percentage of what they get for their clients also doesn’t help keep the insurance settlements in check. It is not that uncommon to simply ask for $6 million for a very minor accident knowing you might settle for as little as $100k. But, it is worth the chance asking for an unreasonable high amount if you are an attorney. You might just get it and boom, you won the lottery.

There is no negative for asking for the moon in these lawsuits.

Because of the increase in payouts, umbrella policies are getting hit more often than ever before, which means the insurance companies have not properly rated these based on the new potential losses.

Based on what we are seeing from this conference and what we have already seen I think it is safe to say higher insurance rates are on the way. This is going to put a lot of pressure on the transportation industry to maintain margins and will probably drive even more smaller and midsize companies out of the industry.

What can trucking companies do?

The only real defense they have is to not have accidents. This means more strict driver qualifications and stricter rules regarding existing drivers when they have minor accidents or roadside violations.